Here is the recipe for making a photo like this:

That's it! By far the hardest thing I did was finding a decent sunset. Those are few and far between here in Gothenburg.

Note that you do not need as many different programs as I used. You can do everything in The Gimp and Hugin, and they are both free.
Posted by Kallokain at 02:02 No comments: 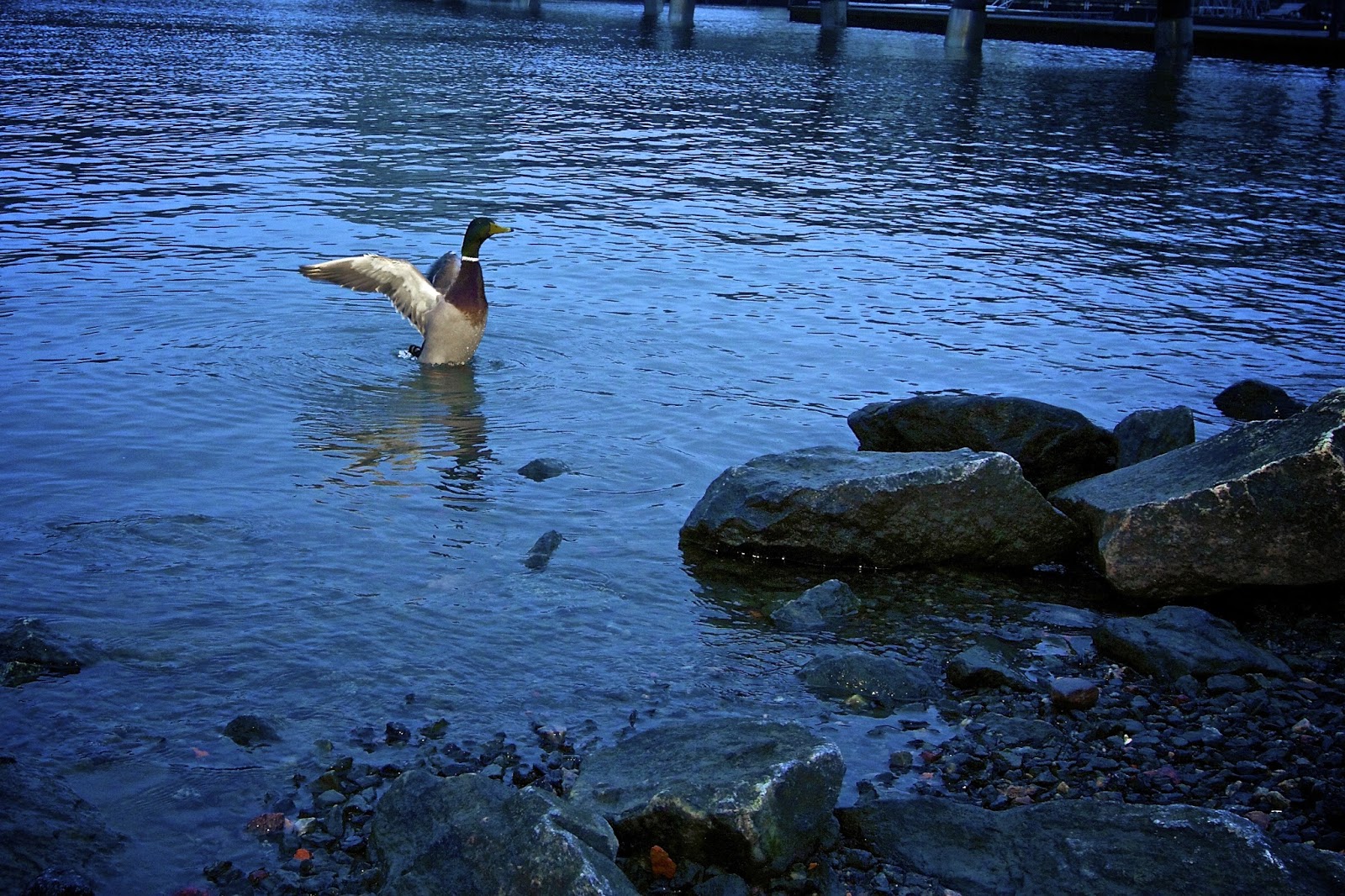 I got the shot above at a recent photowalk where we visited the East India Man Götheborg. I used a Sigma 10-20mm super wide angle zoom while on the ship, and I left it on for the rest of the walk.

Yes, I know, most people use slightly longer lenses for nature photography, but, as they say, the best lens is the one you have with you.


Because the original, unprocessed photo looks so different from the finished version, it might be interesting to have a closer look at how I did it.

This was a photowalk, and I was by no means the one to discover the bird. There were a couple of people shooting it when I arrived. Everyone used sane lenses of course, and could photograph the bird without startling it.

I knew could not do that. I had to get a lot closer. I would almost certainly startle the bird, so I probably would not get more than one shot. On the other hand, if the bird raised its wings, it could be a fairly good shot.

Lucky for me, I had decided to shoot outdoors with a hotshoe flash, and I had put a full CTO (Color Temperature Orange) gel on. Gothenburg can be incredibly gray, and I wanted to warm my photos up quite a bit.

I waited until the other photographers had gotten their shots (at least I want to believe I did...), zoomed my lens out to an awsome 20mm, and then slowly walked towards the bird. I had my camera in one hand, and my flash, on maximum power, in the other.

It worked perfectly. The duck started flapping its wings, and I took the shot. As you can see in the original, unprocessed version, the flash colored the bird orange, but did not do much with the drab, gray surroundings.

I shoot in RAW format most of the time. This has several advantages. One of them is that I can change the white balance after I have taken the shot.

I imported the photo into Aperture. The first thing I did was changing the white balance. I set the White Balance adjustment to Natural Gray, and clicked an orange part of the wing.

Looks like magic, but it is not. I colored the bird wing orange with my CTO gelled flash. Orange is a combination of red and yellow.

What I told Aperture to do when I clicked on the wing was to make the orange wing gray. How can Aperture do that? By reducing the red and yellow to the same level as the blue component.

What happens in the gray parts of the photo? Well, the red and yellow get reduced there too. What's left when you remove a lot of red and yellow? A lot of blue is left.

I did some minor fixes, like removing a bit of residual orange from the wing, and making the beak a bit more orange by painting it with a saturation brush. I also added a vignette, increased overall Saturation and Vibrancy, and sharpened the photo a bit.

Not to forget, I cropped it as heavily as I dared, to bring the duck a bit closer. As you can see, I followed the rule of thirds convention.

I did more small lighting tricks during the photo walk. I'll write about them in forthcoming posts.

Posted by Kallokain at 02:08 No comments:

A different kind of photo walk: Aboard the East Indiaman Götheborg

I was on a different kind of photowalk in Gothenburg. I was lucky to be one of ten photographers allowed on board the Swedish Ship Götheborg. 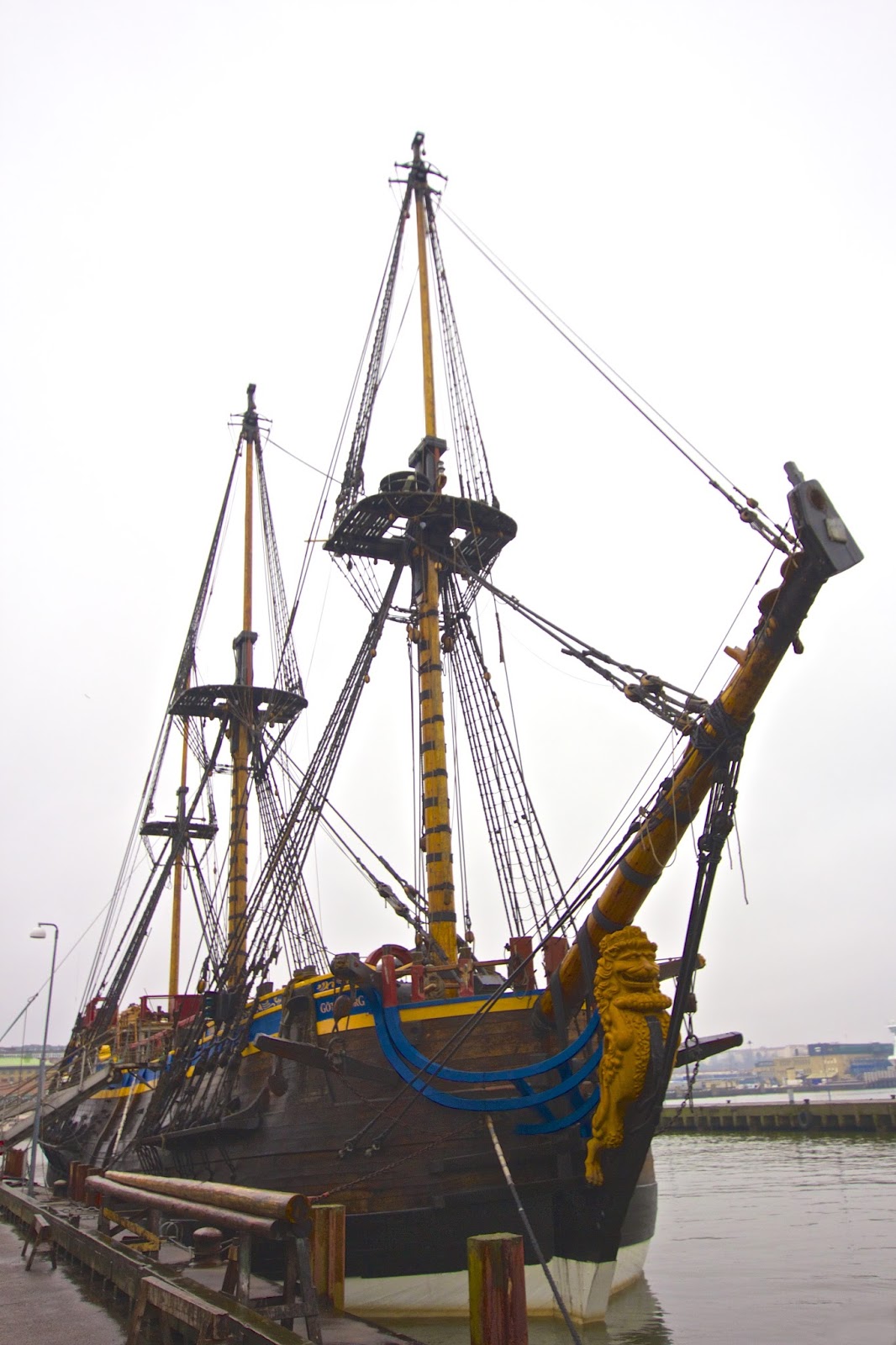 Götheborg is a replica of the 18th century Swedish East India Man with the same name. The original ship sank near its home harbor in Gothenburg in 1745. Check out the Wikipedia page if you want more facts about the ship.

Peter Sandin, Madléne Hjelmroth, and Daniel Sjöström created the A Different Kind of Photowalk group, and this was the first event.


I used a Sigma 10-2mm lens for all the shots in this post. This is a great lens for shooting in confined spaces. It's also great for shooting the deck of a sailing ship. I knew I would not be let up in the rig, at least not this time around, so I brought a monopod for hoisting my camera up into a higher position, which made for more interesting photos of the deck. 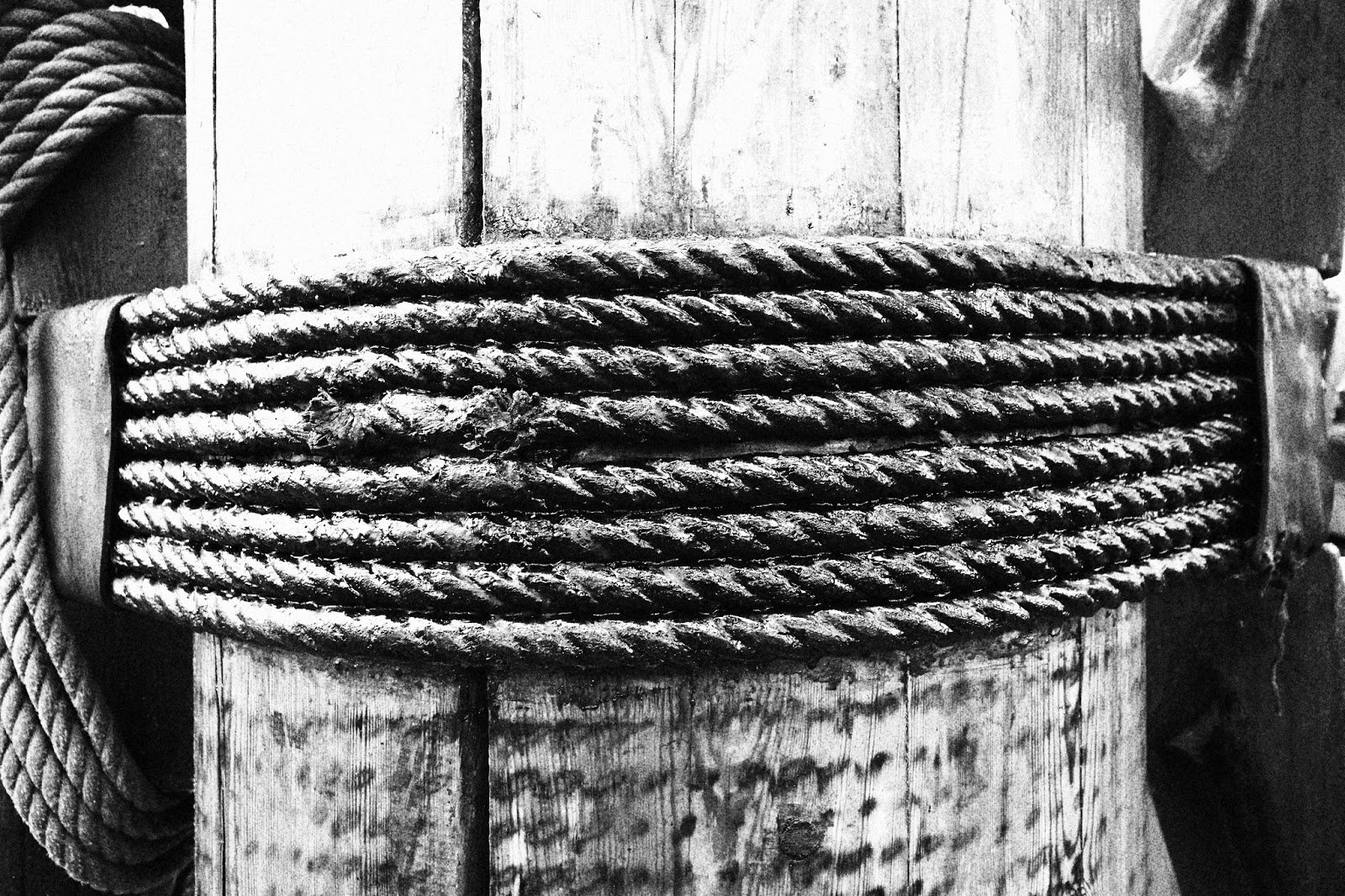 If you get an opportunity to shoot on Götheborg, which you may, since she is travelling all over the world, shoot details. There is so much interesting stuff aboard you could spend weeks there with a camera. 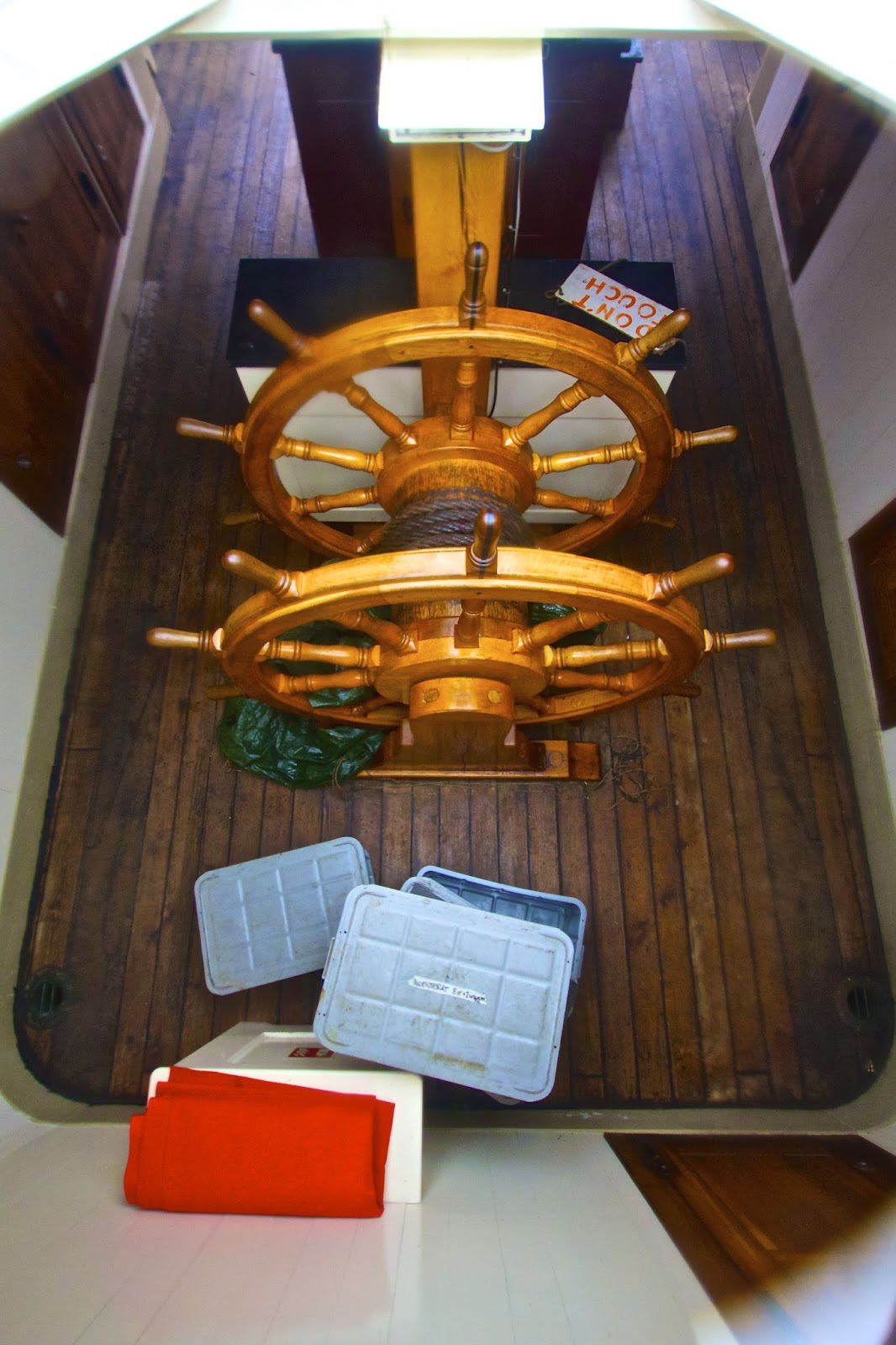 I shot the ships wheel through a skylight. I dried some water drops off, and then held the lens very close to a glass pane in the skylight.


The gun deck was interesting. It was also very dark, so I lit it with two remote triggered flashes. I had full CTO gels on to match the color and tone of the light inside. 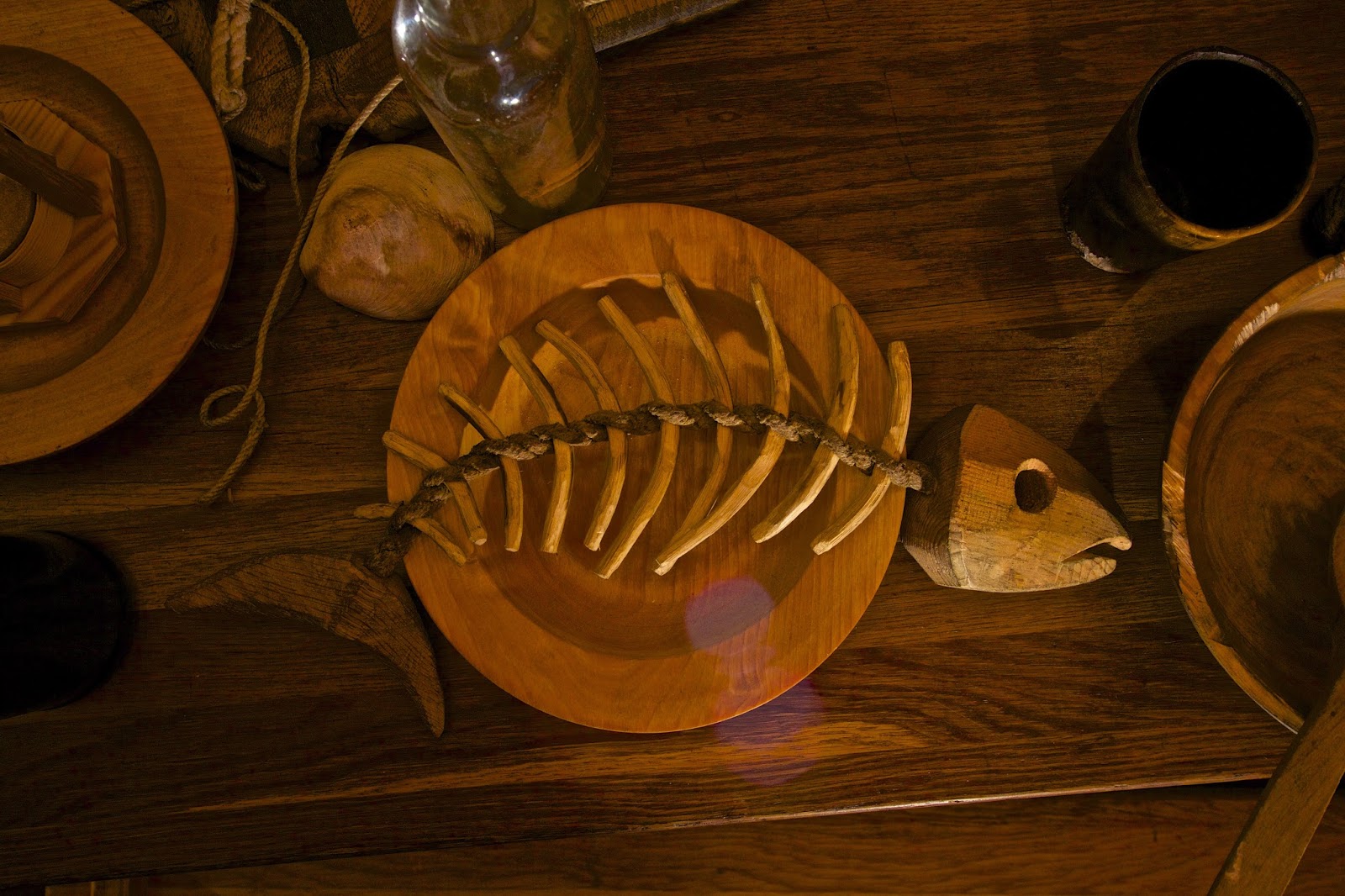 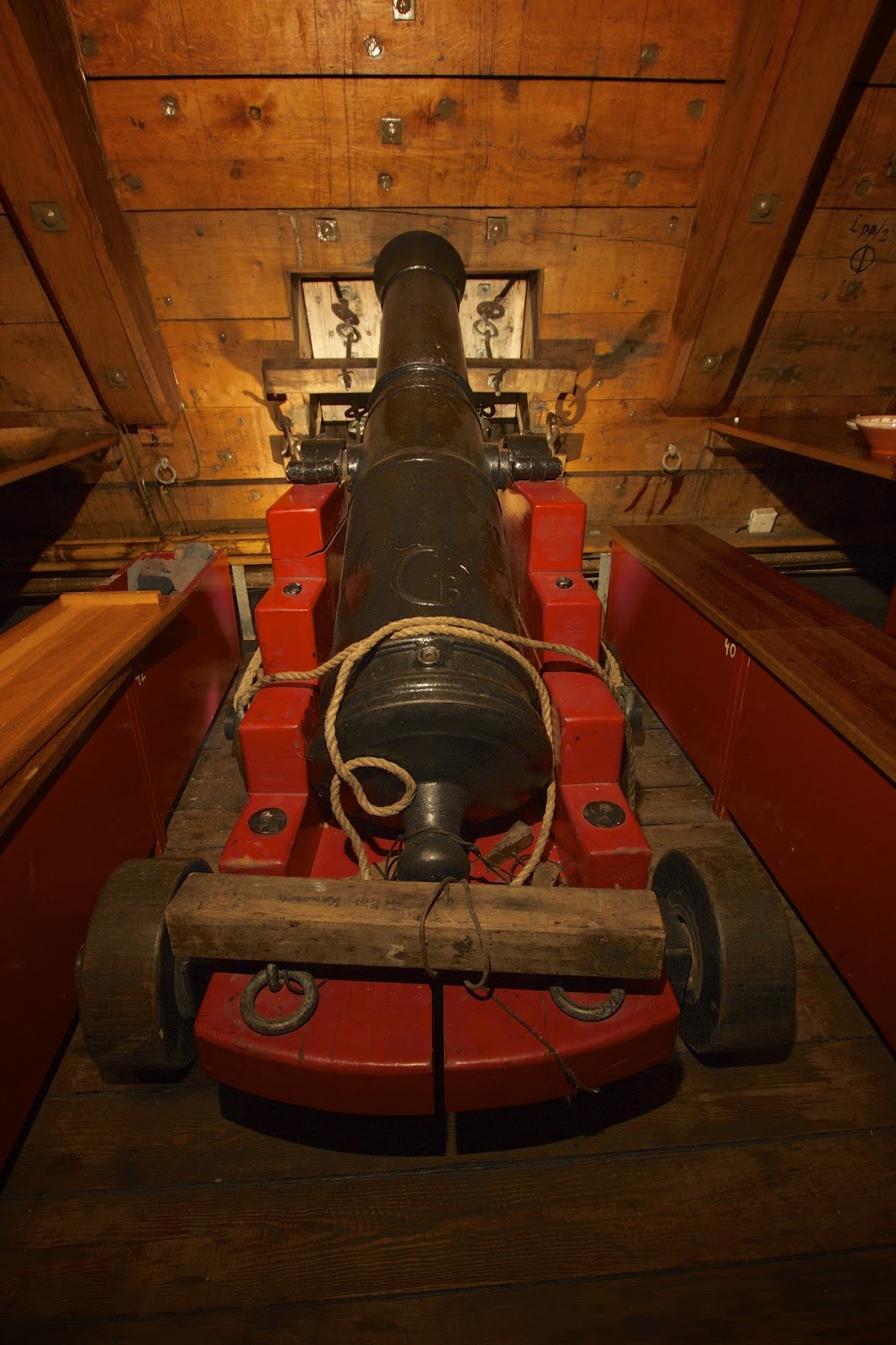 The cannon shot was interesting. I wanted the cannon to pop out from the background, so I put a flash in front of it, i.e. on the side closest to the gun port, and aimed it against the wall. I held a second flash above my head, and aimed it down.

I then took a few shots, varying the strength of the flash in my hand, to get a good balance between the two light sources. 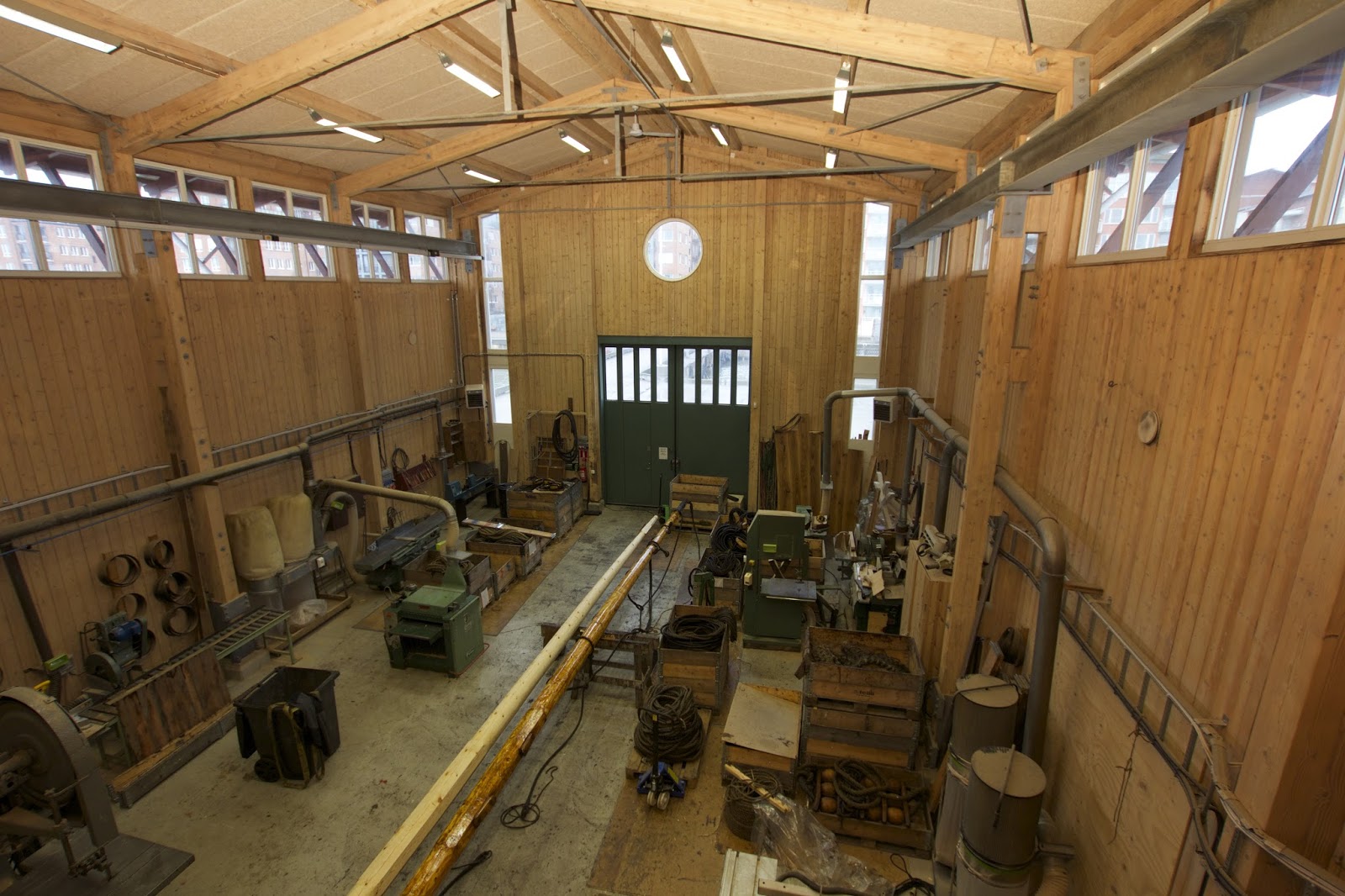 Woodie Wiest, our guide, took us to see the workshop on the pier. 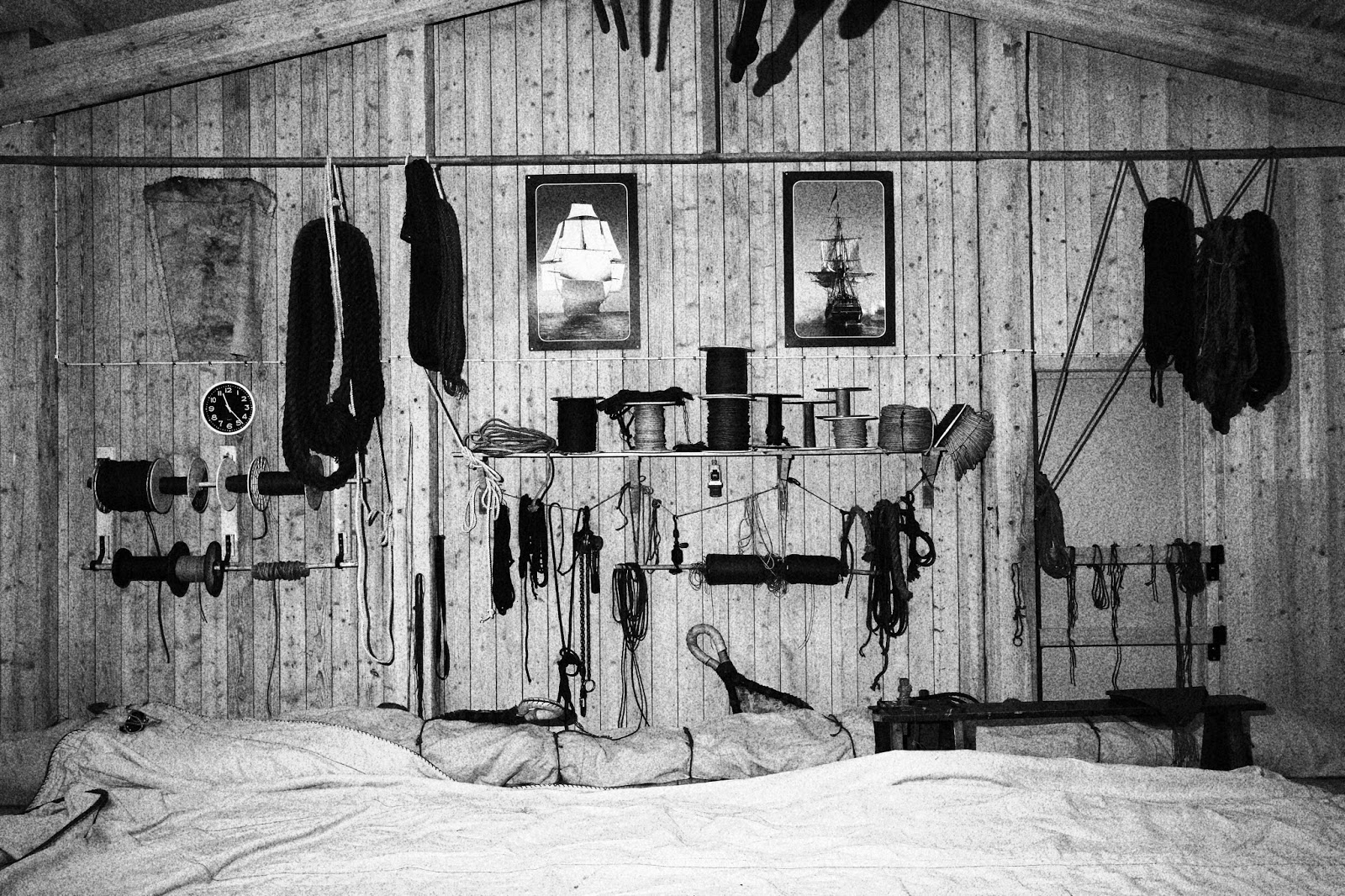 Tools and stuff everywhere. Very neat and orderly, at least compared to a photo shoot... 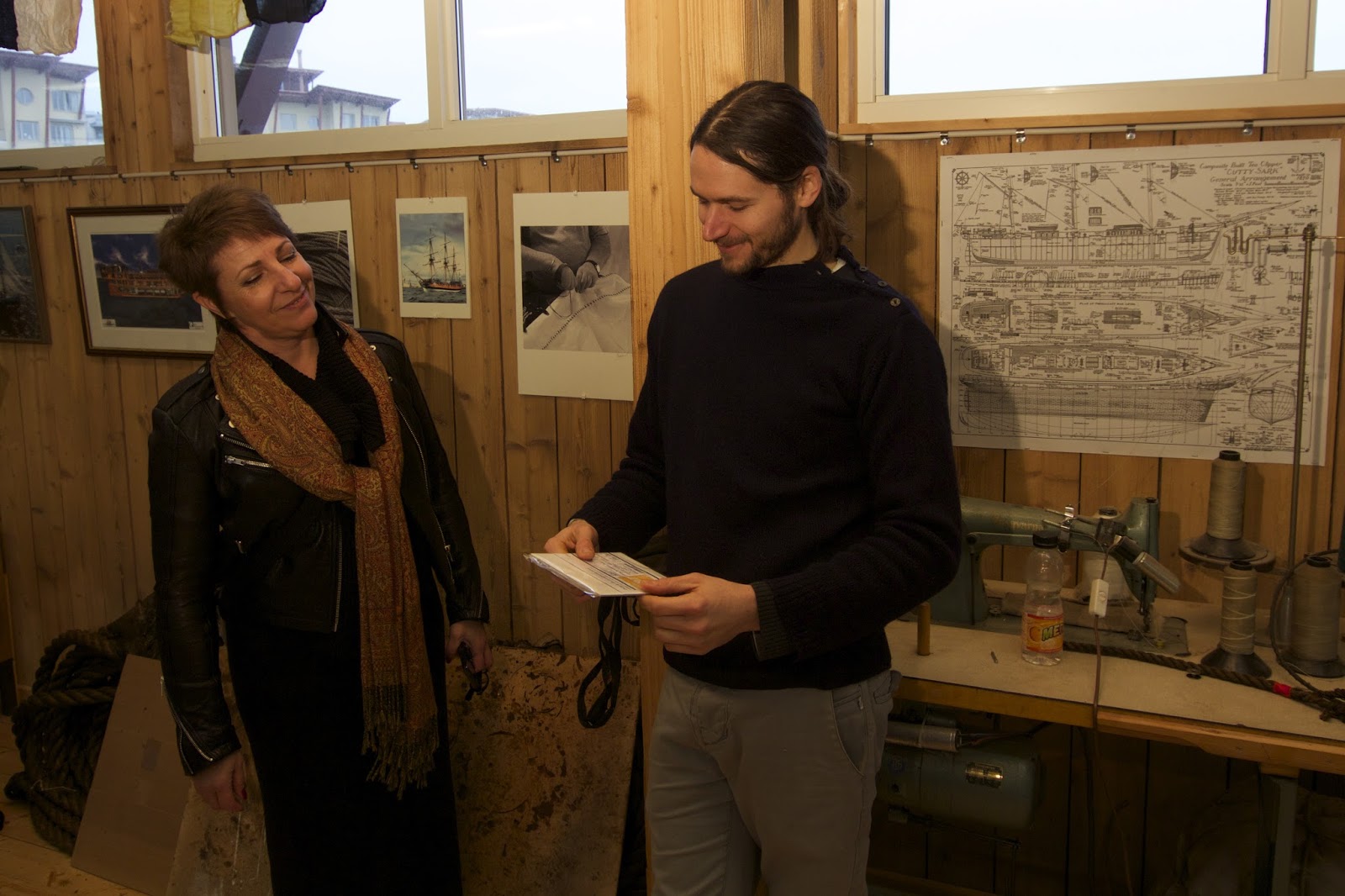 After the tour, Madléne, who is one of the photowalk organizers, gave Woody some very well deserved tickets to the Opera.

After the tour the lucky ten joined up with the rest of the photographers who would go on the walk at a café. While most of the others had coffee, I had an incredibly large pizza.

The rest of the photowalk was great too. I'll post more about it, and show off some very nice pictures.

A very large Thank You! to Woodie Wiest, Peter Sandin, Madléne Hjelmroth, and Daniel Sjöström, who made it possible to shoot on the Götheborg!

Also a big Thank You to everyone else who had joined the walk, and made it a memorable and fun experience.

Posted by Kallokain at 03:15 No comments: