Some time ago, Miss Cacci and I had our second Cavewoman genre photo session. This time we mixed it up a little. We shot mostly new stuff, but we also went through some of my old 3D scenes, and decided to recreate part of my Kyla series of photos.


Kyla Rising is based on an earlier version that was done all in 3D. When I did the original, it wasn't my intention to use it as a storyboard, but I am very glad we did.

Over and over again, I find that working with a live, real person, who brings her own experiences, personal preferences, opinions, and style, brings immense value to the whole experience.

I mean that quite literally. For example, ever since I began doing photo composites, I have struggled with a number of things, not the least of which is perspective.

When you are creating a new image out of two or more source images, matching perspective can be a real challenge.

Working with Miss Cacci helped me develop a new technique for matching the perspectives of a 2D photo with a 3D scene. It is a simple technique, but I have never seen it described in a book, video, or blog post before.

I'll describe the technique in more detail later in the shooting with Miss Cacci series of blog posts.

Posted by Kallokain at 11:46 No comments: 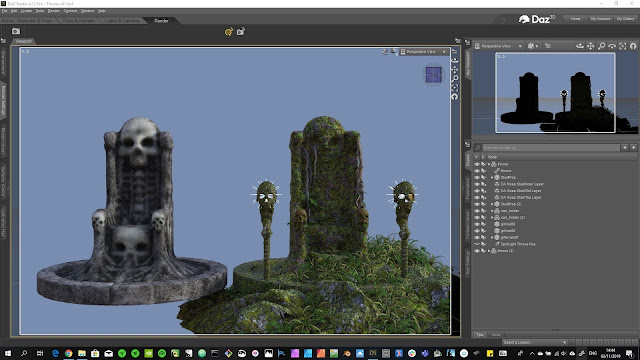 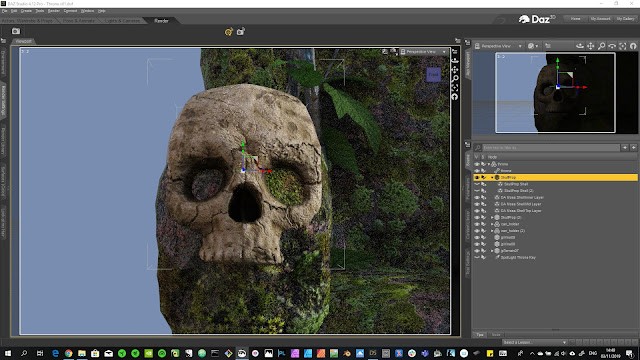 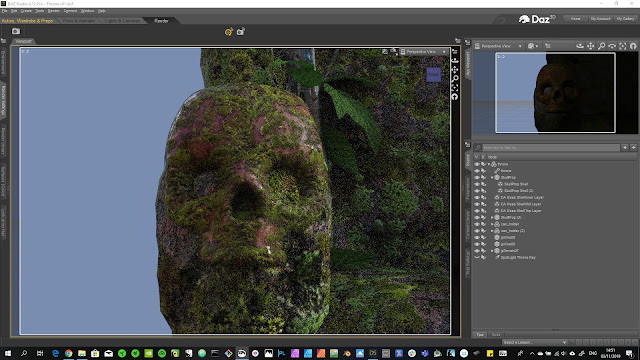 Posted by Kallokain at 06:26 No comments: