How to make a comic style photo 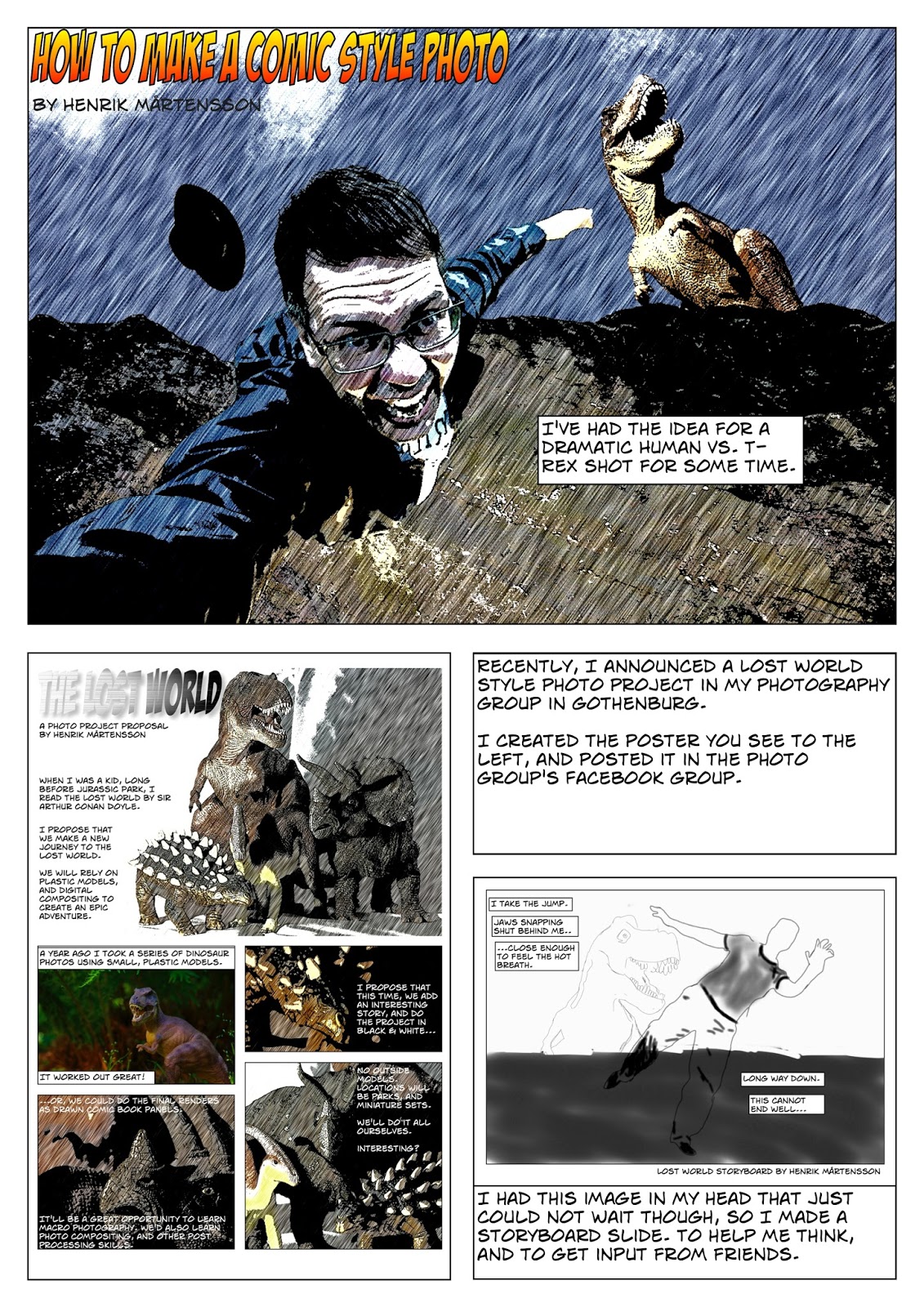 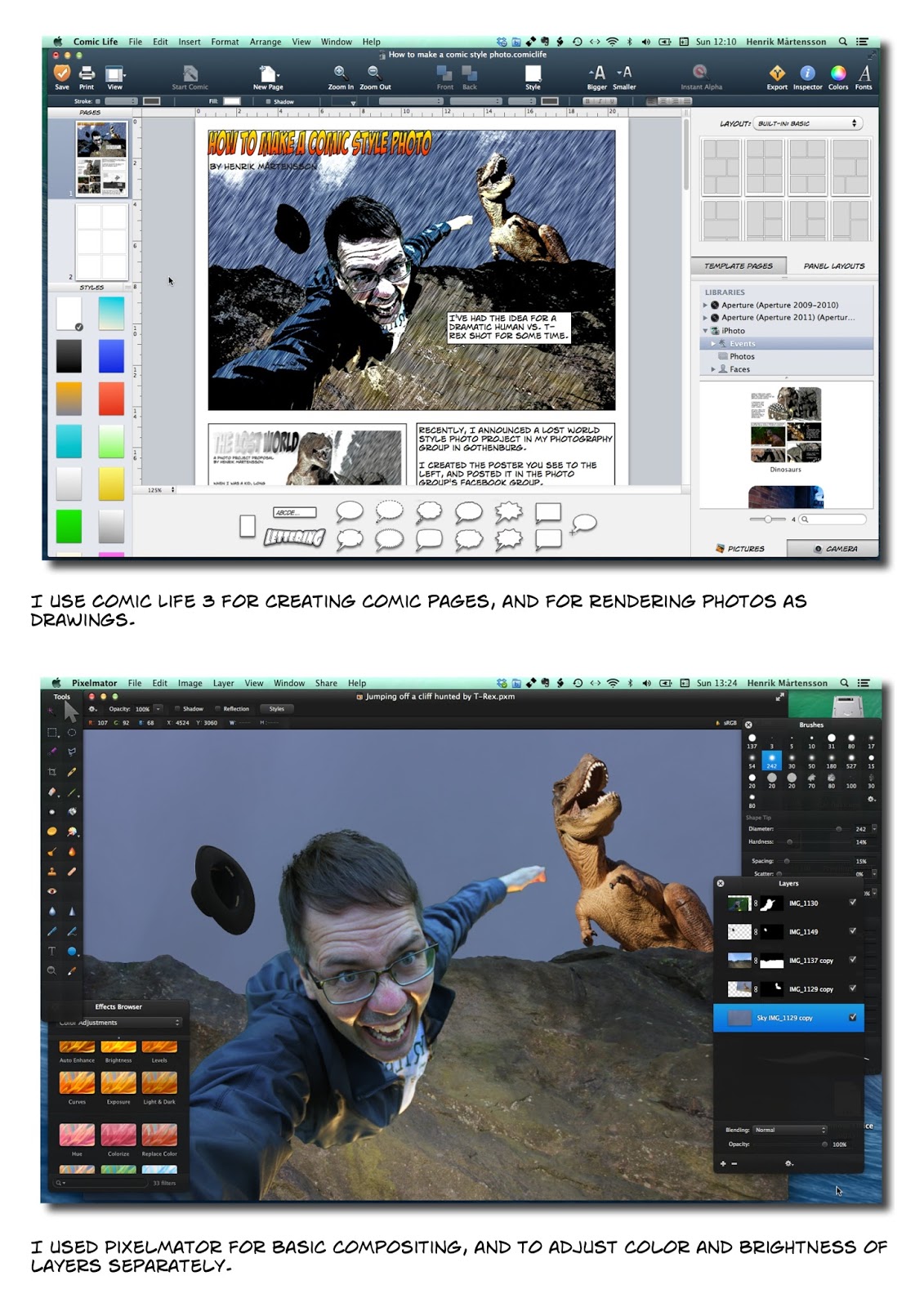 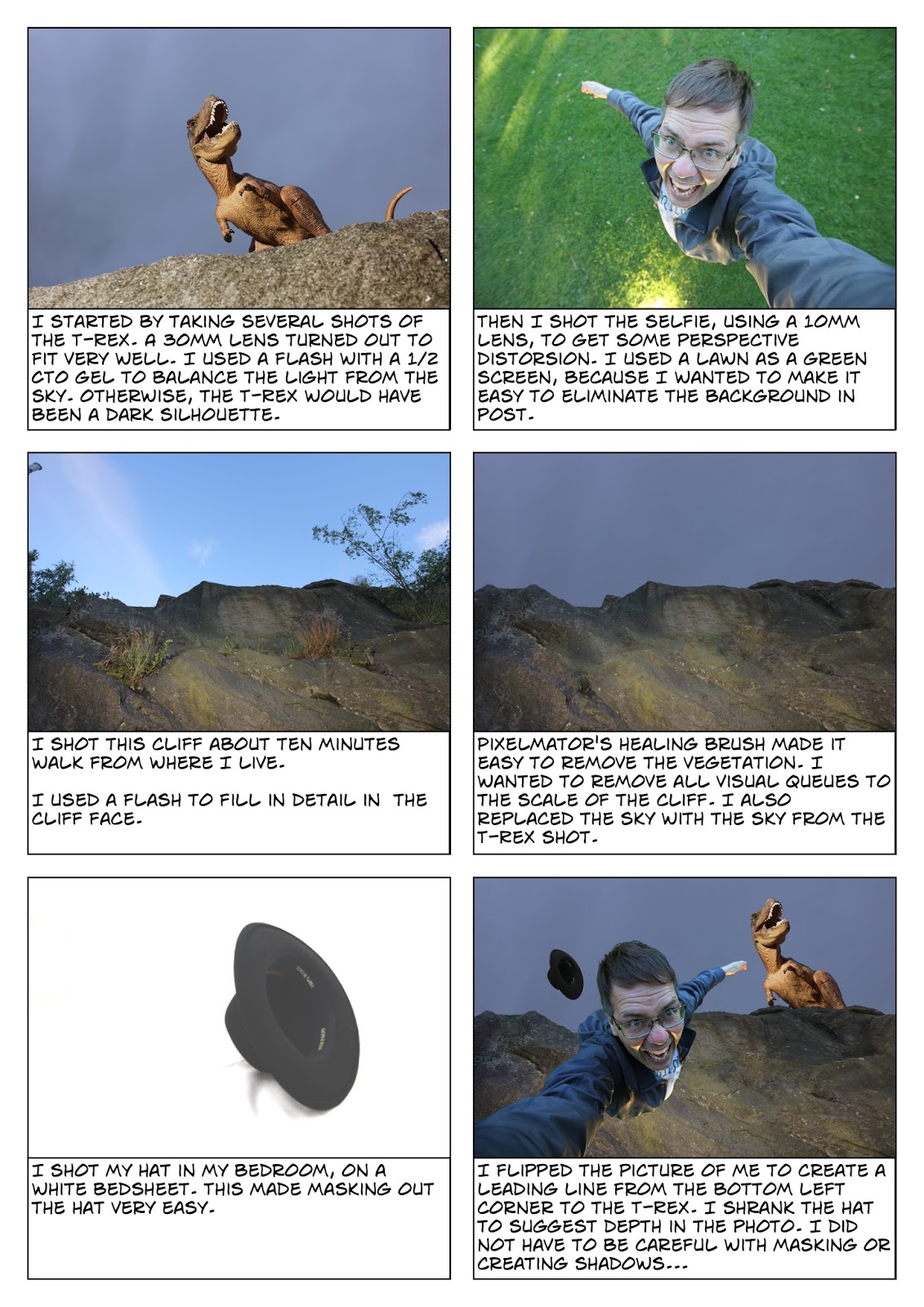 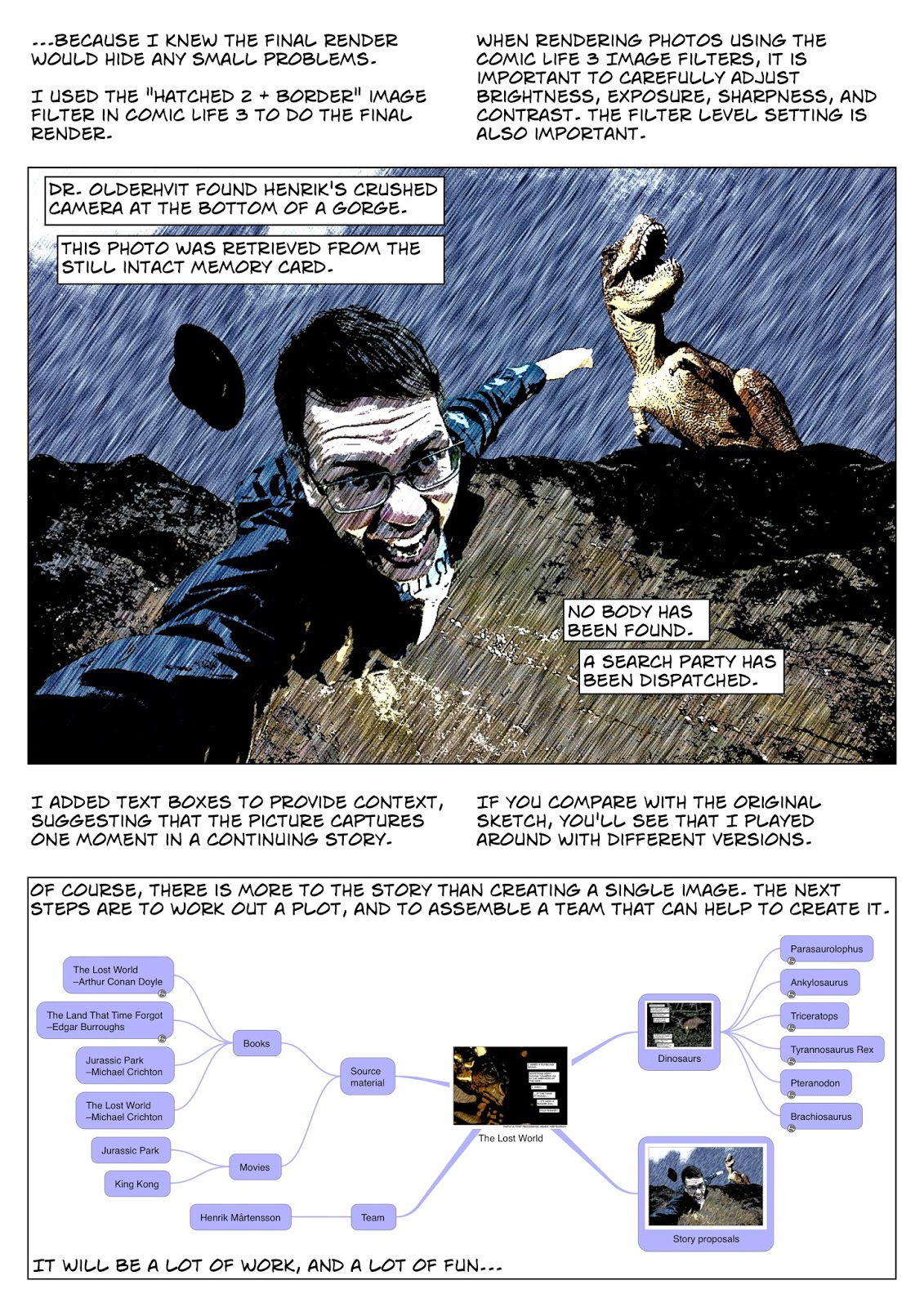 Posted by Kallokain at 17:30 No comments: 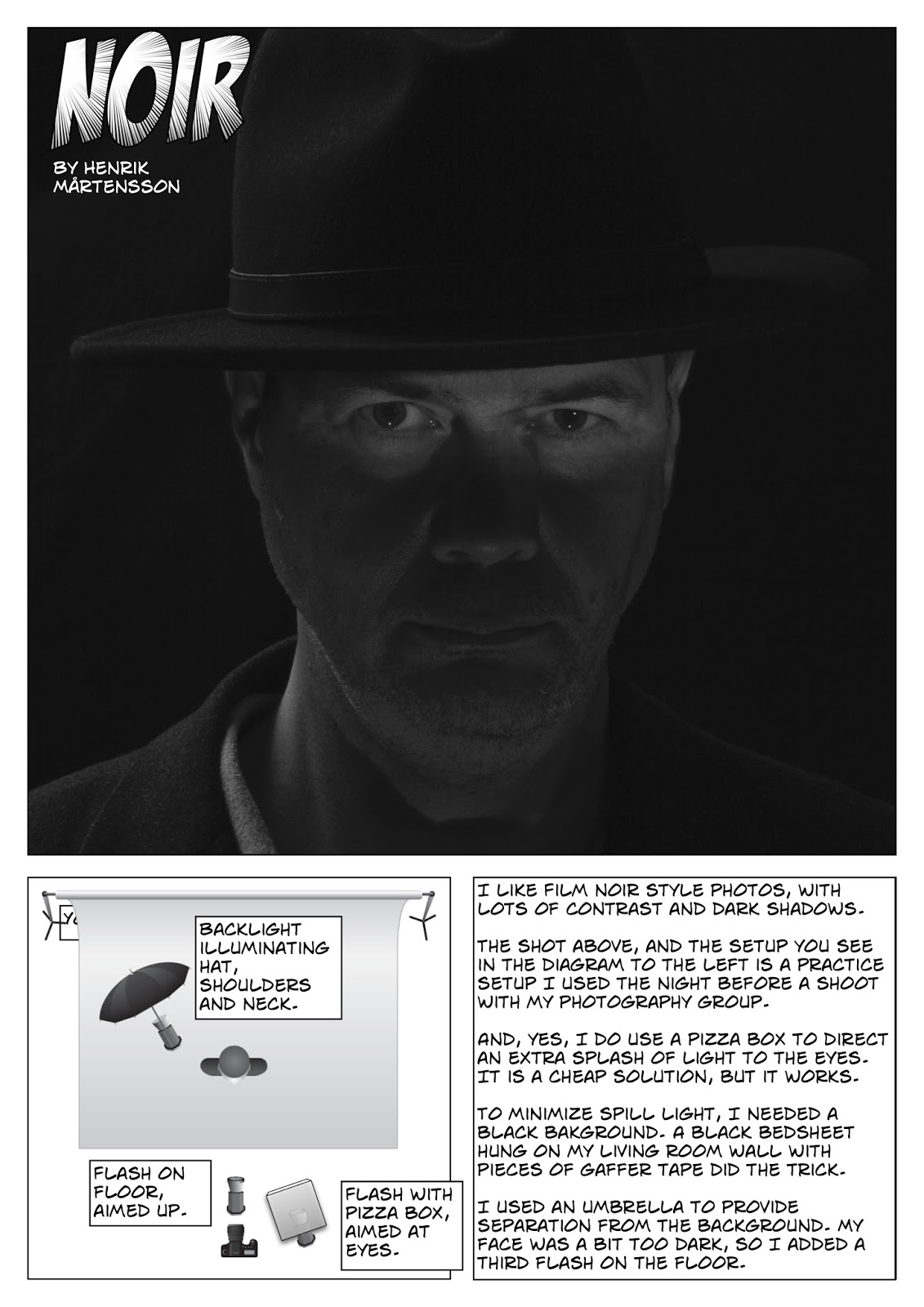 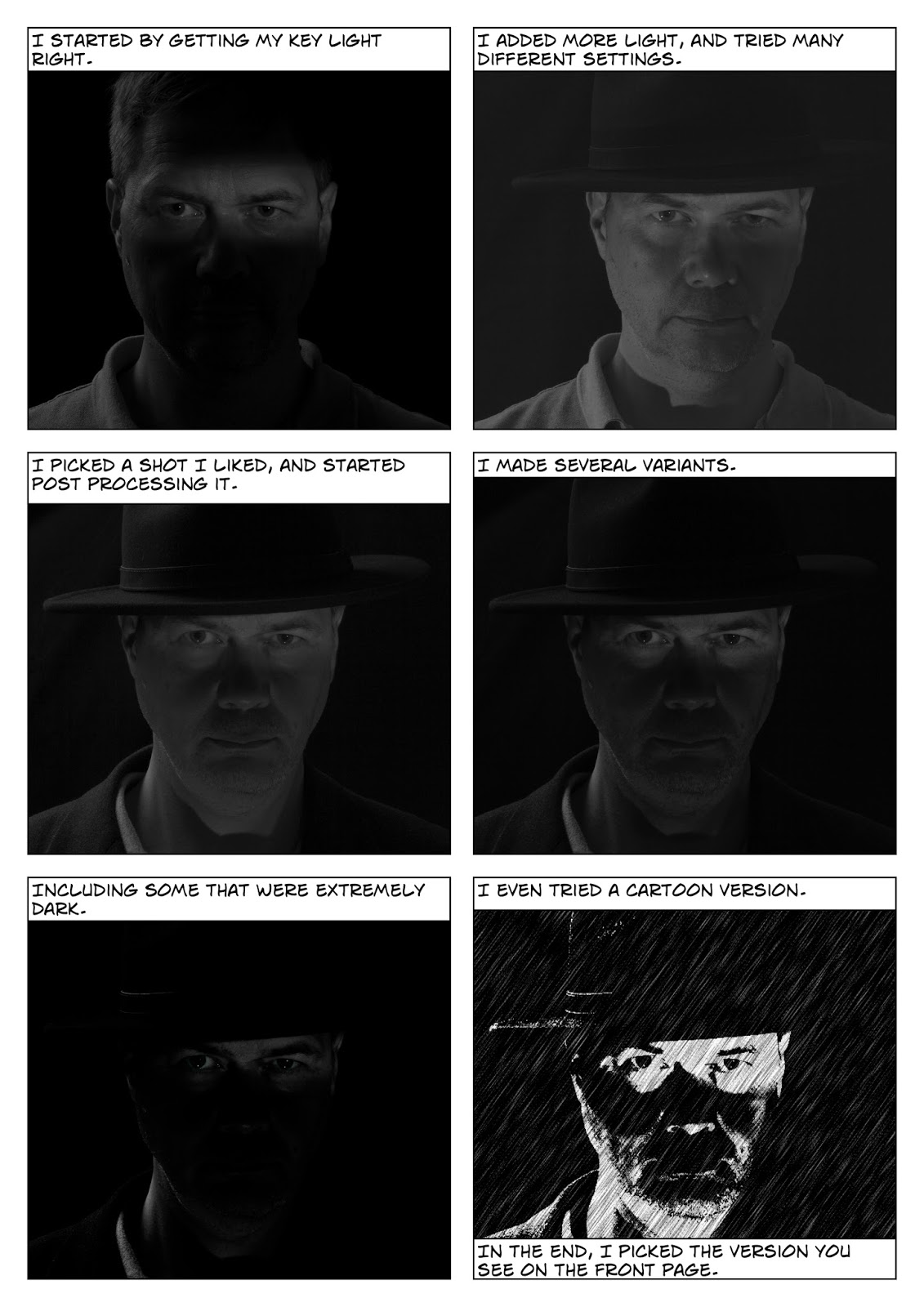 Posted by Kallokain at 19:07 No comments:

How to take a selfie that does not suck! 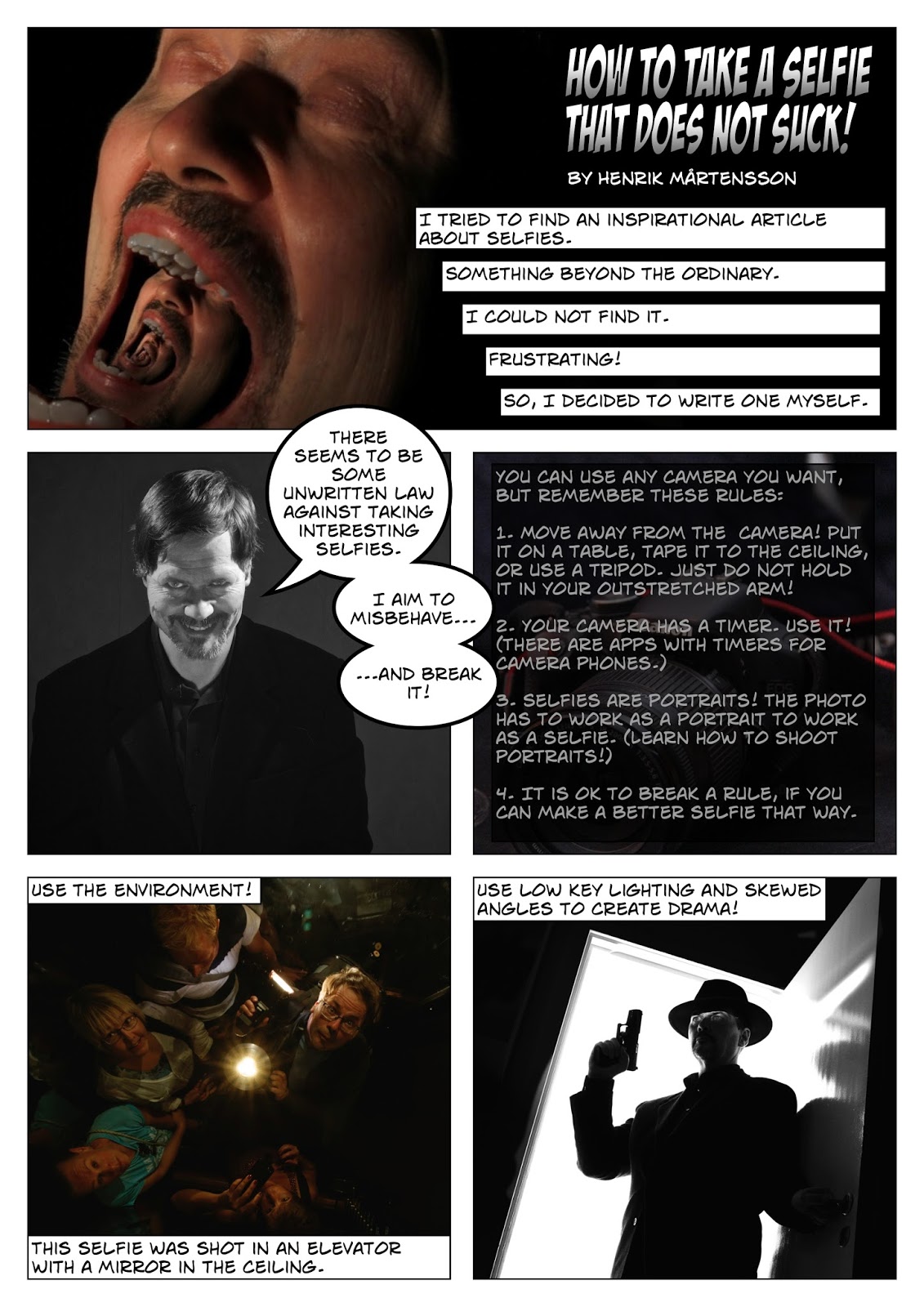 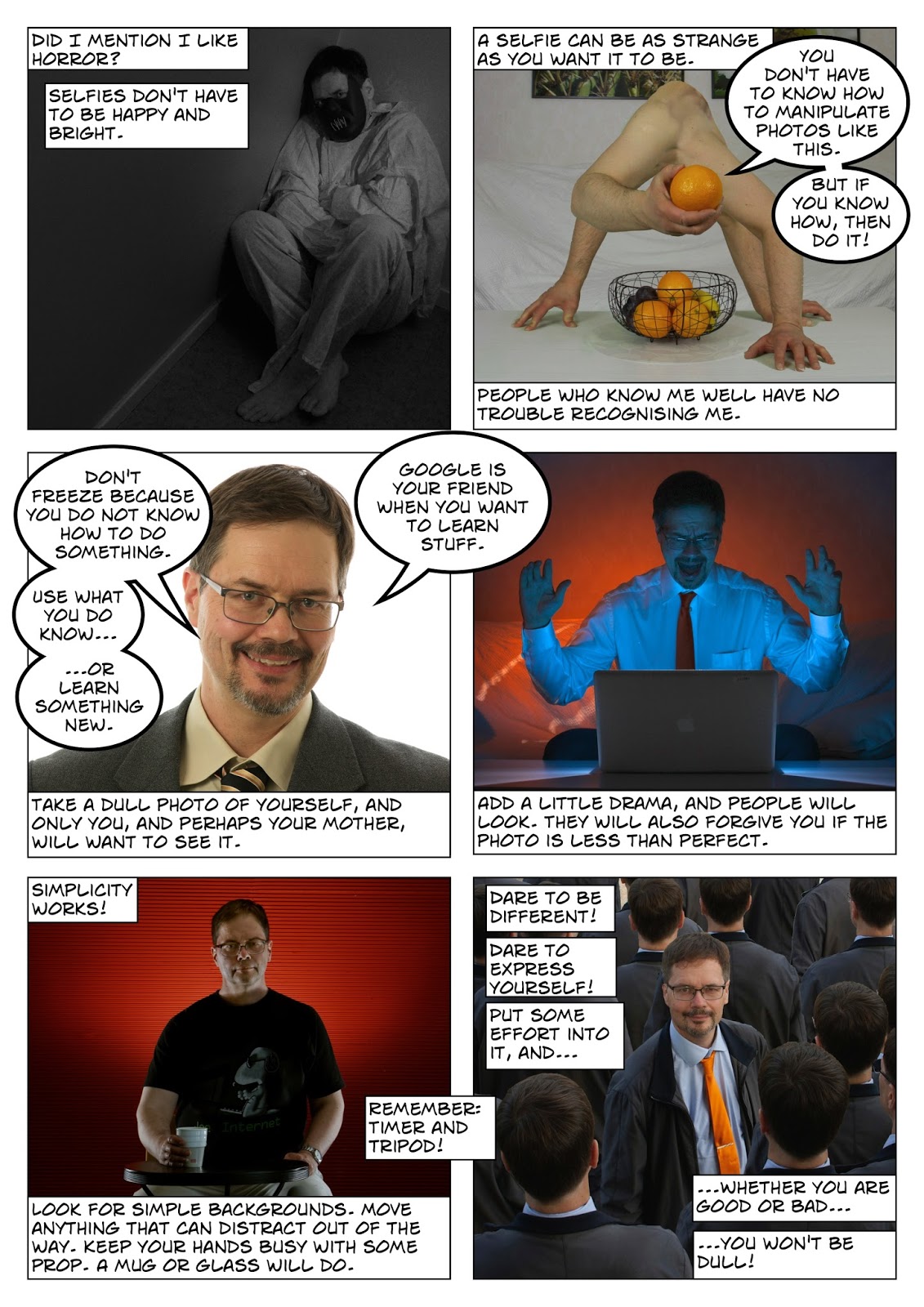 Posted by Kallokain at 12:22 No comments: 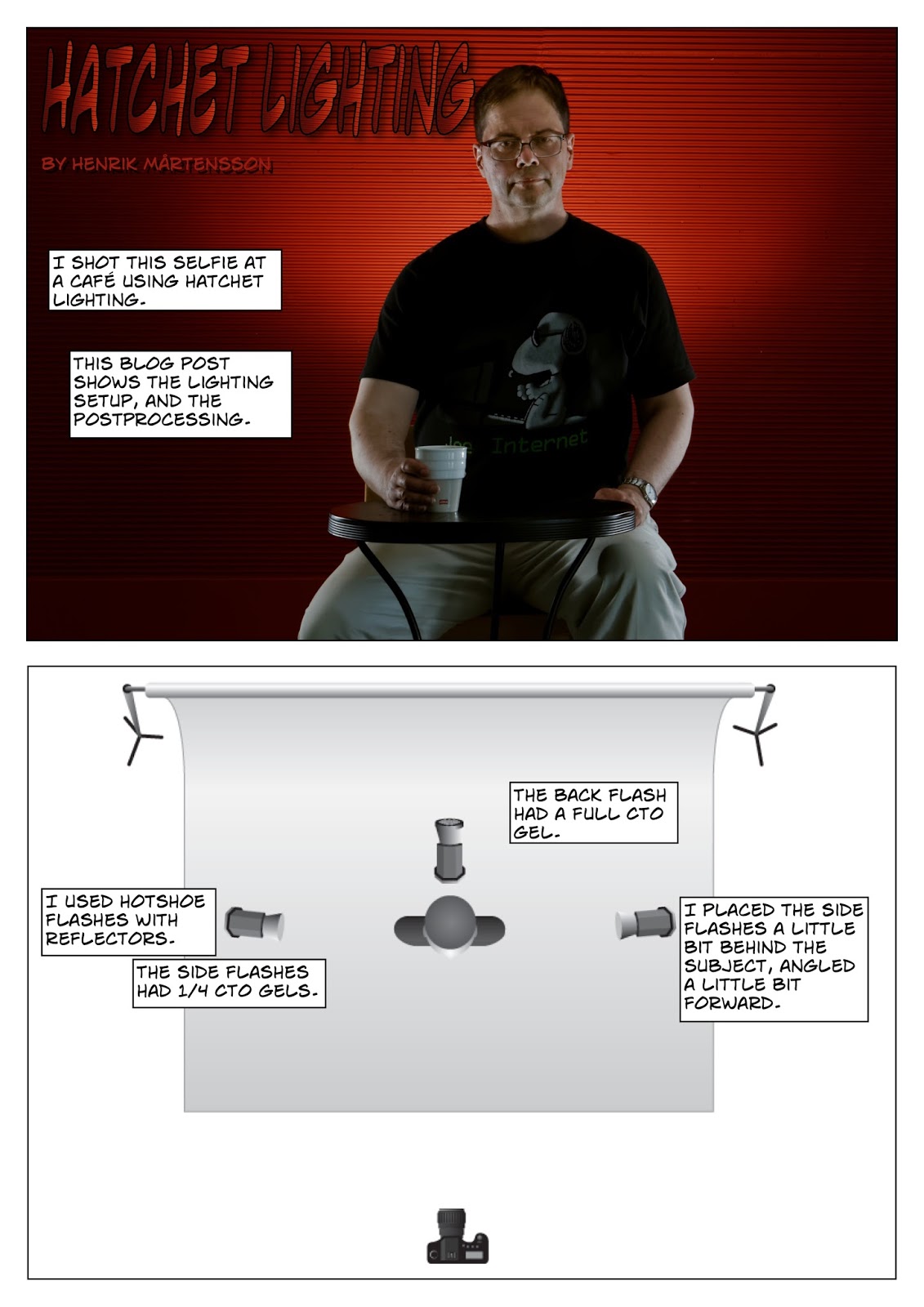 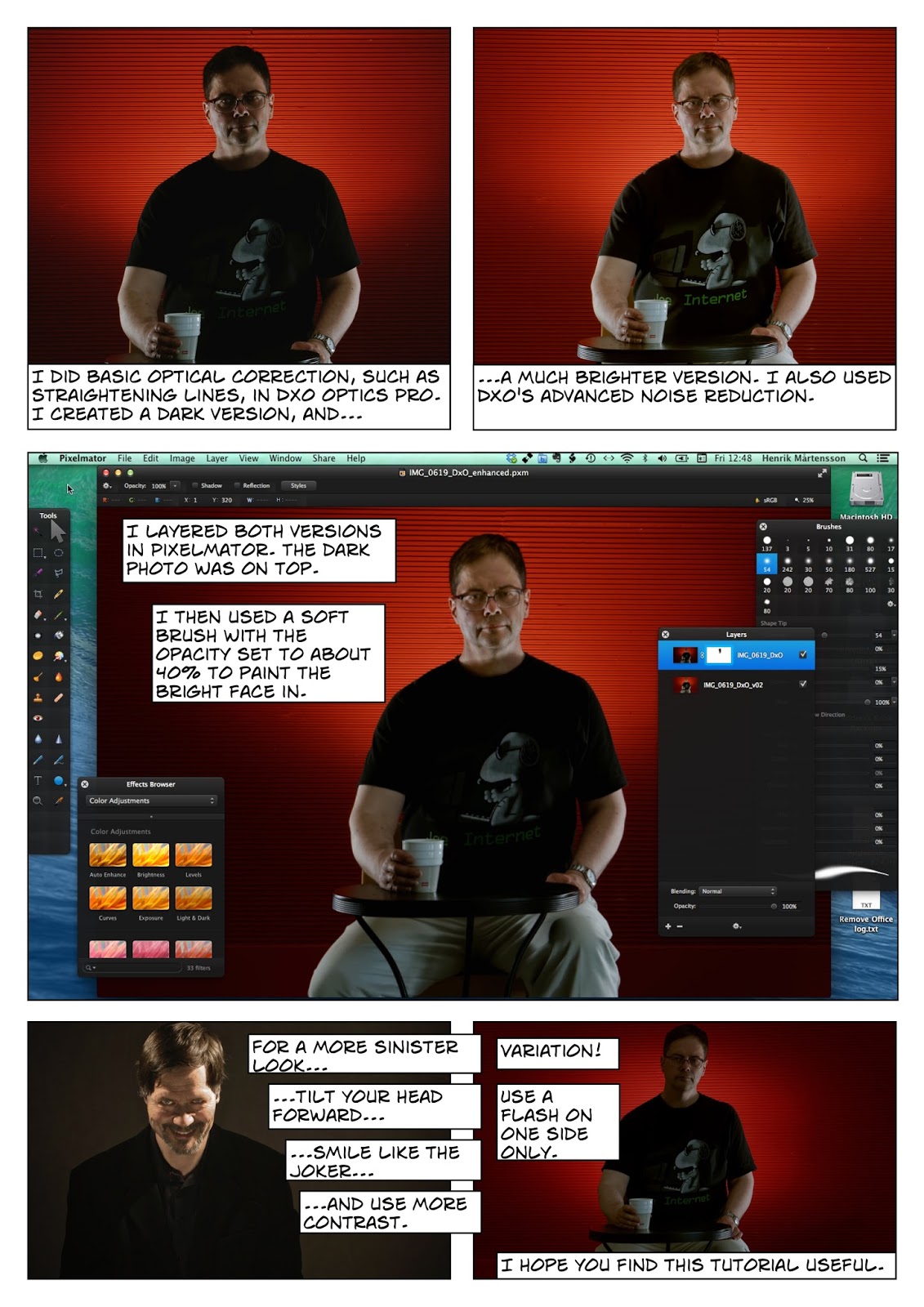 Posted by Kallokain at 04:23 No comments:

How to give constructive photo critique – and use it, Part 2

This blog post works alone, but you might want to check out Part 1 if you want a bit more background. 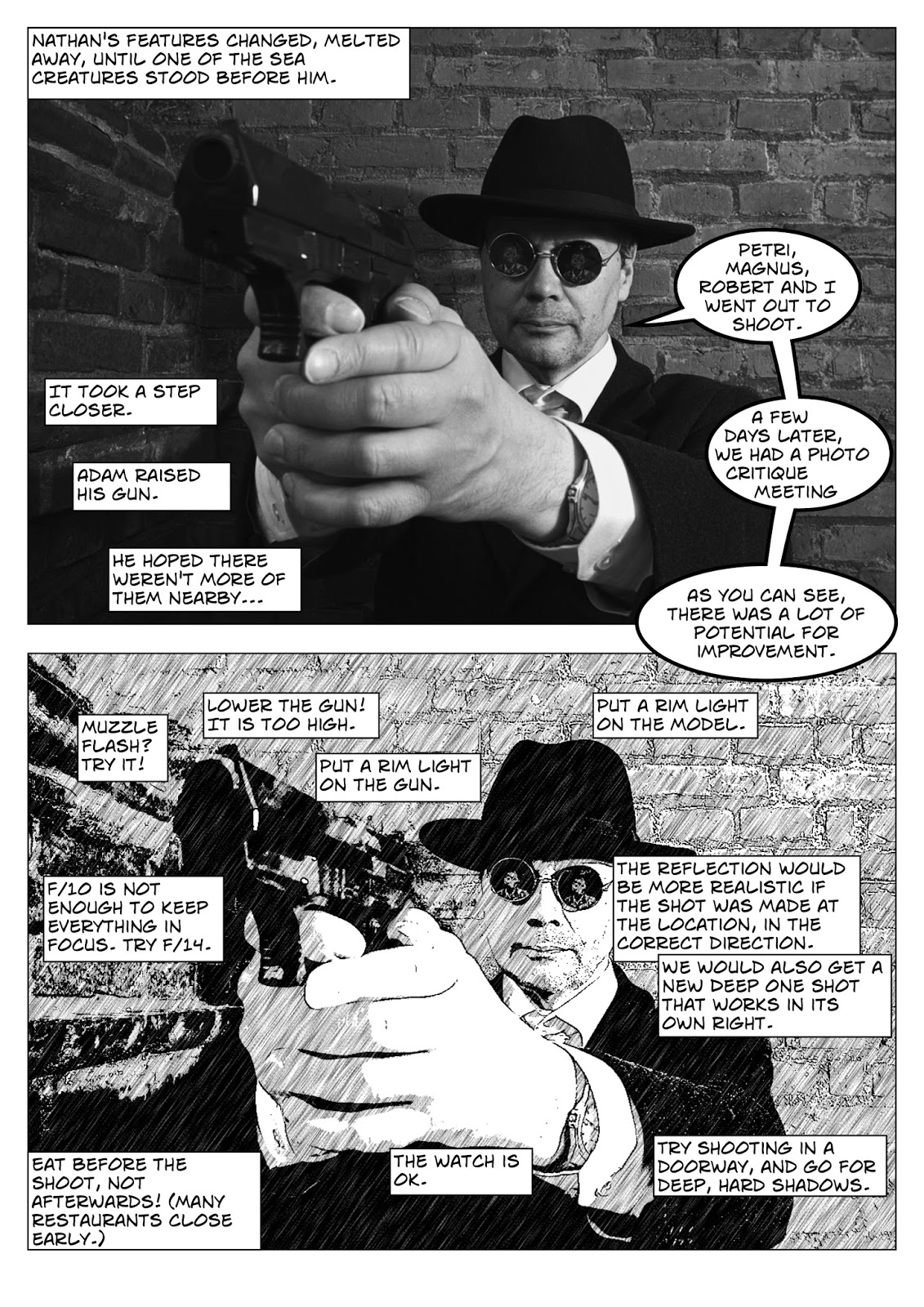 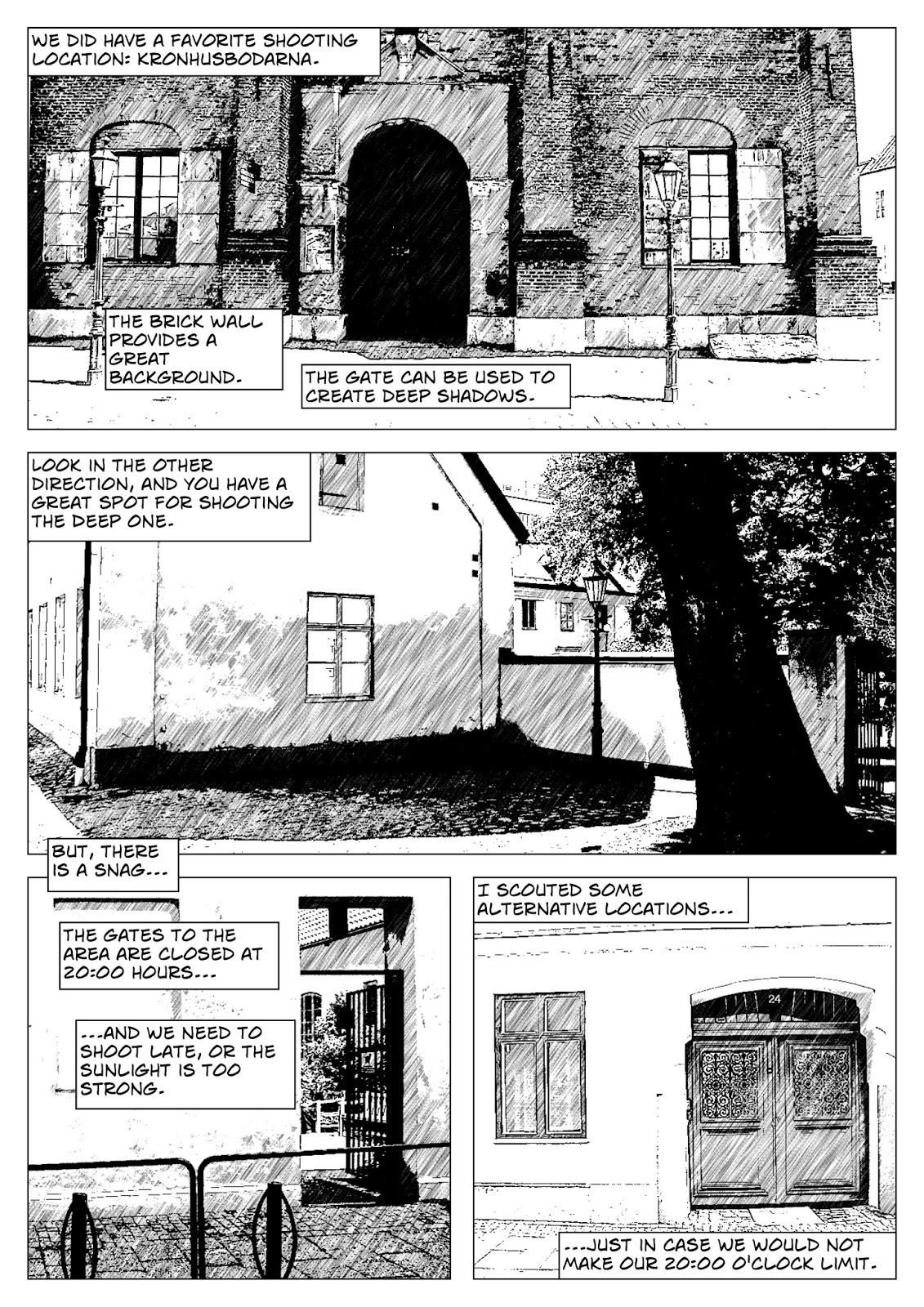 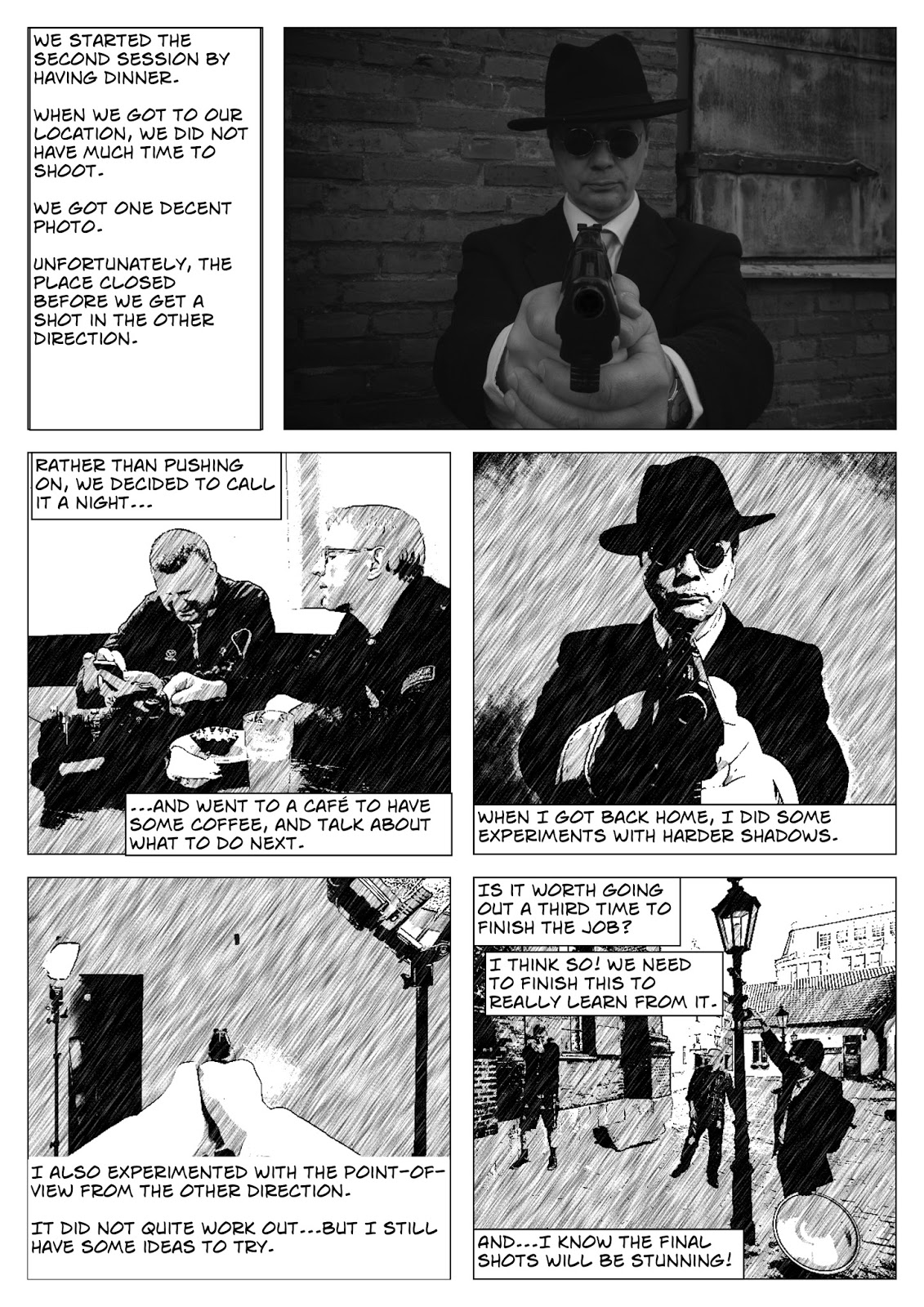 Posted by Kallokain at 05:47 No comments:

How to give constructive photo critique – and use it

Good photo critique is extremely valuable feedback, but how do you get it? Facebook and Google+ don't cut it as venues for critique. Too many people are interested in shooting other people's photographs down, just to bolster their own self-esteem. Even well meant critique is rarely useful.

Awhile ago, I started a photo group, and some of the friends I have made through that group have turned out to be not only good photographers, but also excellent critics.

A few days ago, three other group members, and I, were out shooting. Rather than submitting the photos we took to the entire group for critique, we decided to do it ourselves.

We gathered at a café in the Gothenburg City Library, and started looking at photos. I am showing only the photo we analysed most thoroughly.

As you can see in the picture above, we gave only feedback that would allow us to do something about it. It is no use complaining about things that cannot be fixed, so we didn't.

Writing the critique down is important. I kept notes while we were critiquing. When I got back home, I created the picture above, and posted it in our photo group's forum on Facebook. This way, we have a record of the critique. Because I wrote it on the photo itself, it is easy to relate the critique to elements in it.

Here is the original picture for comparison. As you can see, we did it as a single panel comic. We used a version stripped of text for the critique though. We wanted to focus on the photograph.

There is one thing left, before the process is complete: We need to reshoot the photo using our own advice. Only then will we learn from our own critique.

Of course, you cannot always reshoot. If you can't do that, make a point of using the advice when you are shooting something similar.

Of course, it is important to us to schedule a reshoot as soon as possible. The longer we wait, the greater the risk that we'll forget about it.

I'll do a new writeup after the reshoot.

Click here to read Part 2.
Posted by Kallokain at 14:44 No comments:

Email ThisBlogThis!Share to TwitterShare to FacebookShare to Pinterest
Labels: critique

Why I use a 10-20mm lens for street photography 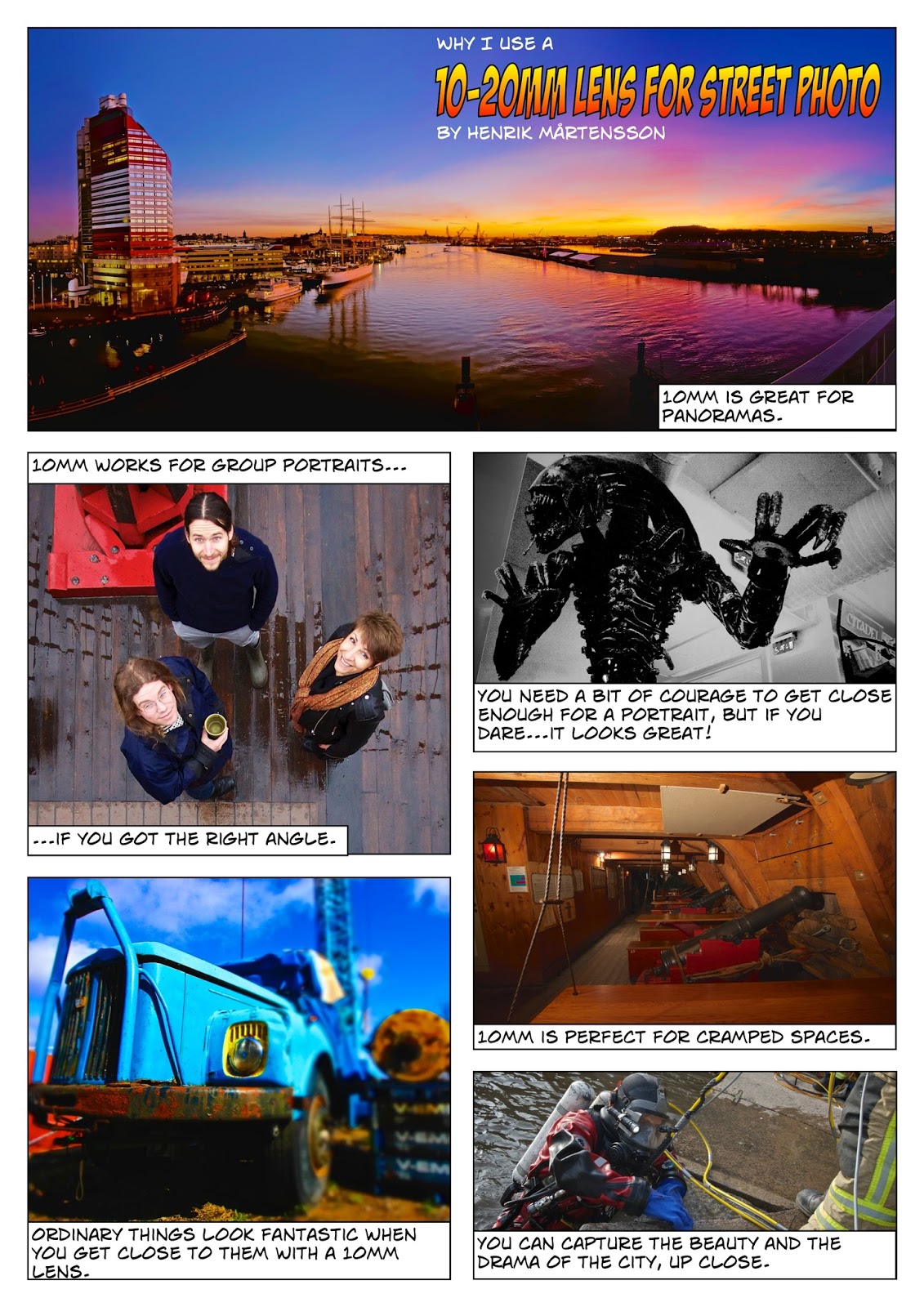 There was a discussion about lenses for street photography in an FB group. I made this comic page to show why I often use a 10-20mm zoom.
Posted by Kallokain at 06:10 No comments: