This is a guest blog post by author Lennart Guldbrandsson. Lennart writes about how we made the cover for his 10th book Skriv som ett proffs (Write Like a Pro).

I'm leaving the word to Lennart:

During late spring, my book started to shape up nicely. I would definitely make my deadline and have it printed and ready for the massive Gothenburg Book Fair. What was still missing was a good cover. Indeed, what was missing was even a good idea for a book cover.

This was my 10th book but for various reasons my earlier books didn't have as much pressure on them. The first books were private affairs which meant that I did the covers myself. The others were books that I ghost wrote for others, which meant that other people designed the covers.

But this book was something else. It was a commissioned book – and it was a guide about writing and getting your book sold. That meant that everyting about the book needed to be above reproach. No typos. Good typesetting. A really great text on the back cover. And a kick-ass cover.

I didn't even have to think about whom I would turn to for such a cover photo. I have been photographed hovering, with several clones of myself, and hiding impossibly behind a thin tree, and more.

Memorable photos, all, by Henrik Mårtensson.

Meeting with Henrik at the Gothenburg City Library, we talked a lot about different possible effects that a book about writing could have on its cover. But our meetings became something more. They came to change my thinking about my book. I discovered that I needed to know more about my book – what tone did it have? What did I hope to accomplish? What feeling did I want to convey? Really detailed thoughts.

Writing a book, for anyone who haven't done it, is a time-consuming project, and even if you've done it several times, you always learn new things. But these talks with Henrik were some of the most enlightening moments of my writing career.

We browsed through several sections of the library, picking up books here and there, dissecting good and bad cover photos alike. We combined ideas, writing down and sketching rough cover photo designs. There were several times I just wanted the process to be over, ”just take a picture and let's be done with it”. But then we had another brilliant idea. And another.

Naturally, we tested a lot of alternatives. Could we imitate that photo that we found online? Could we get that effect to work? All the while, thinking about tying it to the analysis of my book, so that the photo would tell the same story that the book itself did. Could we illustrate that well enough?

All that work did pay off, handsomely. When we were ready to take the photos, we knew exactly what we wanted and what we needed to do on set. It minimized the time to shoot the photos, so that it almost felt anticlimactic. Setting up the scene, lighting the set, focusing the camera and then clicking away until we got a winner took a lot less time than you'd expect considering that we had not only one but two effects in the same photo.

It didn't take long for Henrik to perform his photo manipulation magic on the cover photo. In the end I think I gave him two comments on the photo about things to change, and since we were already on the same page about the tone and goal, he had already started working on those changes before I even asked. It once again proved that all that preparation stuff paid off.

In the process of taking the photos for my book cover my appreciation for the difficulties and possibilities of portrait photography has increased immensly. As has my respect for Henrik as a photographer. And I really look forward to next time. Better start working on book eleven!

---
A note from Henrik:
Lennart's excellent book can be bought from any good bookstore in Sweden. If you want to buy it online, I suggest you try:

Posted by Kallokain at 06:55 No comments: 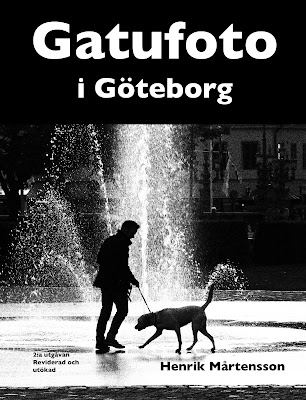 My eBook about street photography in Gothenburg has been released on Bokus, Adlibris, and Publit. The book is in Swedish. An English language translation will be available, but I am not promising a due date yet.

I ran a series of street photo courses this summer, and wanted to give everyone who took the course an easy to read, short, and very focused book covering the same things I covered in the course, and going a bit beyond.

Street photography is more than knowing your camera, and how to use it. It is a bit like nature photography, you have to know the right places to shoot. So, I wrote about fourteen photo tips, and fourteen great photo places in Gothenburg.

You will find tips on how to connect with other photographers, how to find out about events in Gothenburg, and other things you need to know when shooting in my home city.

I did go beyond technique, and wrote about how to think as a street photographer. When I started out shooting in the street, I did what everyone else did, and I did not get any good pictures. I started rethinking my approach, and met Gothenburg photographers like Petri Olderhvit, Julia Reinhart, and Madlén Hjelmroth, which helped me change, and vastly improve, the way I used my camera.


The basic tips and techniques in the book are very simple. Anyone can learn them. 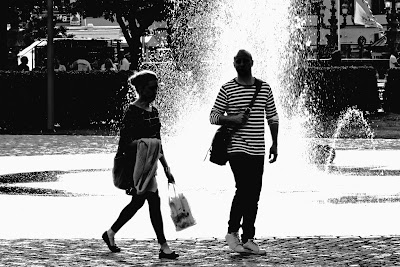 Most of the locations I wrote about are in central Gothenburg. You can easily visit six or seven of them in a single day, and get really cool photos. 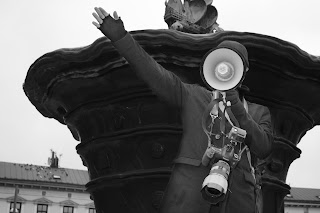 Posted by Kallokain at 08:17 No comments:

A Rift in Time: An Adventure They Never Saw Coming 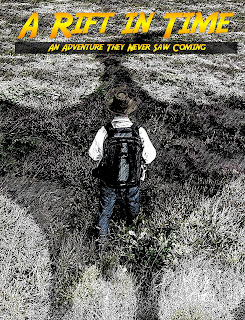 A Rift in Time is done! After more than a year living with this comic project, it feels fantastic to see it published. The comic is now on sale as an ebook on Swedish ebook stores: Adlibris, Bokus, Bokon, and Publit. We are working on getting A Rift in Time to international stores.

A little more than a year ago, I pitched a new project in a photography network organisation, Fototräff i Göteborg (Photo meetup in Gothenburg).

I had started the Fototräff network in 2013, to build up an organisation of both amateur and pro photographers, models, makeup artists, videographers, writers, and other people, with an interest in photography and media production.

We had been doing a lot of interesting stuff, but most of it was small scale: photo experiments, and model photo sessions. I thought we were ready to do something more ambitious, so I published the pitch in the picture above, in the Fototräff group on Facebook.

Creating a comic is challenging, and we did not pick the easiest way to do it. Most of us on the team are photographers, and we decided early on to do it like I had done in the pitch, as a photo comic, but with the look and feel of a drawn comic.

I wrote the first version of the script using Comic Life, a comic book layout application. Then the entire team contributed to improving it, and finding ways to solve, or work around problems, both story related, and technical.
The inspiration for the visual style comes from many different places, but the most important was 80's style superhero comics by Marvel. At the time, Marvel artists relied heavily on exaggerated perspectives to create drama. We decided to do the same, but photographically, rather than by drawing.

This meant we worked a lot with short lenses, in the 10-30 mm range, for key, dramatic comic panels.

The team did a fantastic job! We worked for a year, and took more than 2,000 photos, to create the comic. The story went through several revisions. We learned new digital compositing techniques, honed our photography skills, and figured out how to do stunts that looked lethally dangerous, but were actually quite safe.

Just creating the comic wasn't enough. We knew we had a good thing, a cool story that lots of people besides us would enjoy reading, so we started to figure out how to market A rift in Time. It had to be a guerilla marketing campaign: low cost, but a lot of bang for our bucks.

We started by exhibiting pictures from the comic at Planket, the largest photo exhibition in Gothenburg. We had timed it so A Rift in time would go on sale right before the exhibition.

The exhibition was a success: People liked our comic! So, we went ahead with our plans.

One of those plans were to start up a web store at Zazzle, for people who want to buy t-shirts, mugs, phone cases, and other products with motifs from the comic. There is more, lots more, but we'll keep that under wraps, until we are ready to deliver.

The work we did could fill a book all by itself, and that is exactly what we aim to do. In parallell with developing new projects, we are also going to document why, and how, we did A Rift in Time, in a book of its own.

I hope you have as much fun reading A Rift in Time as we had creating it.

Posted by Kallokain at 15:53 No comments:

A Rift in Time is released!

The A Rift in Time photo comic has been released. It is available on several Swedish online stores, including Publit, Adlibris, and Apple iBooks.

A Rift in Time will also be available on international stores, like Amazon, and Lulu very soon.

Posted by Kallokain at 22:00 No comments: